Posted on December 25, 2011 by greenbenchramblings

No, this is not going to be primarily about hellebore, sometimes known as Christmas Roses. They do not always flower at Christmas time, although in recent years the tendency to flower in December has increased here in our Shropshire garden.

I am talking here about the climbing version of Rosa Graham Thomas, a David Austin rose which we grow clambering over one of our garden sheds. We try to train some branches along the nearby fence but it likes to be on the shed roof best of all. It has been voted “The World’s Favourite Rose”. This seems particularly apt as Graham Thomas himself was one of the world’s favourite garden writers, having written 17 books in all. He was also an excellent artist working in both water colours and pencil, though he was best known perhaps for his role as the National Trust’s “head gardener”.

A second slow cold walk around the garden revealed that this year the hellebore are in fact performing in tune with their nick name, so perhaps I had better feature them too! 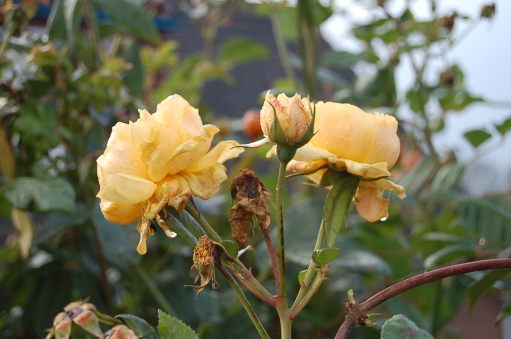 Here in winter its deep yellow blooms help to emphasise the depth of clear December skies. This rose manages to flourish all year, flowering almost every month of the year except straight after its annual pruning in spring. In winter it also displays large hips of orange and later red. Sadly it lacks the scent which pervades the garden in the humid warmer months. The David Austin catalogue describes this scent as typical “fresh tea rose fragrance” although “The under gardener”, otherwise known as my wife Jude, thinks it reminiscent of school dinners!

Several other roses have odd flowers on at the moment as a quick wander around with camera in hand illustrated. This sad rose bud didn’t quite make it to full bloom before being cut by the wind. The orange is the flower of a Calendula. They landed side by side on the bark surface of the new “Secret Garden” 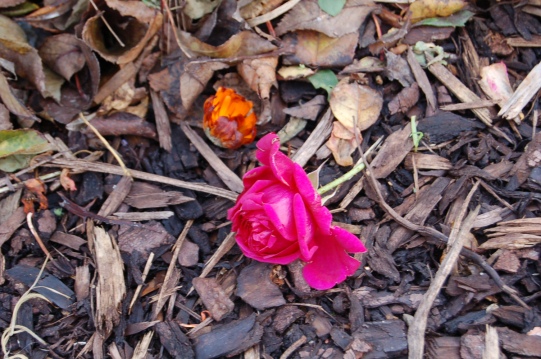 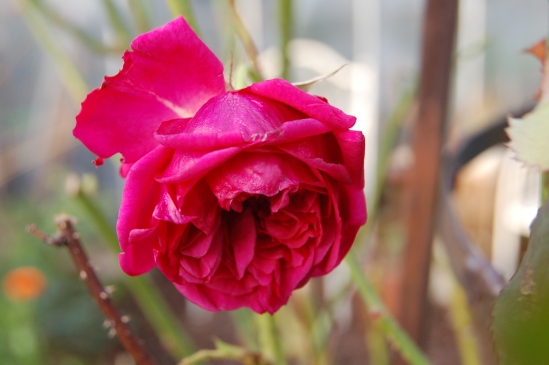 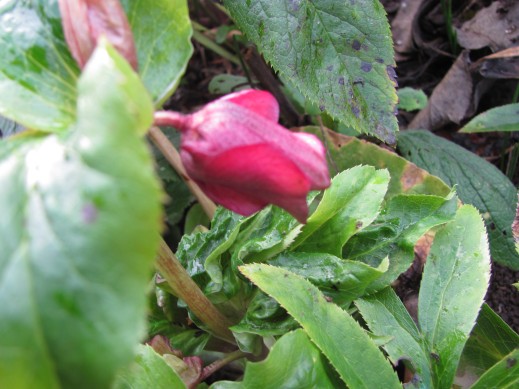 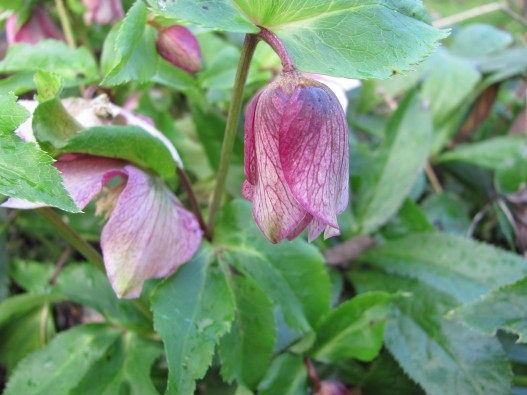 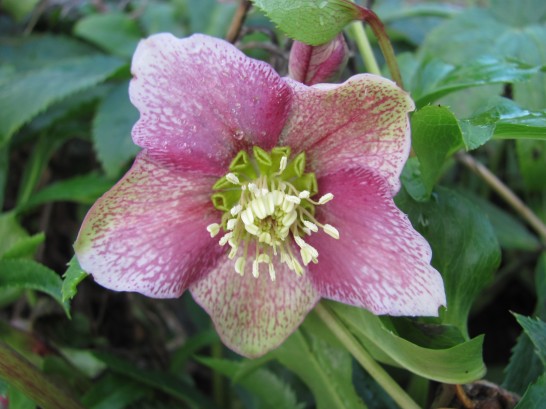 A retired primary school head teacher, I now spend much of my time gardening in our quarter acre plot in rural Shropshire south of Shrewsbury. I share my garden with Jude my wife a newly retired teacher , eight assorted chickens and a plethora of wildlife. Jude does all the heavy work as I have a damaged spine and right leg. We also garden on an allotment nearby. We are interested in all things related to gardens, green issues and wildlife.
View all posts by greenbenchramblings →
This entry was posted in climbing plants, garden photography, gardening, hardy perennials, ornamental trees and shrubs, roses and tagged David Austin, Graham Thomas, hellebores, New English Roses, roses. Bookmark the permalink.
This Veggie Life