Posted on February 2, 2012 by greenbenchramblings 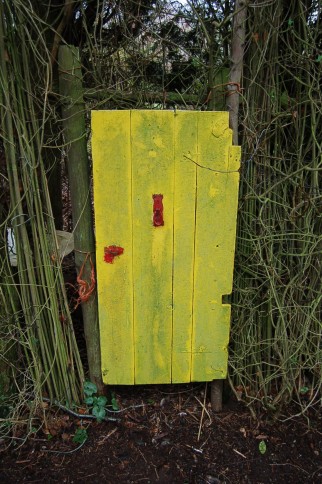 A door into the children's den.

And so we continue our gentle cold wander around the wintry splendour of Swallow Hayes …….

The promise of Viburnum bodnantense flowers. 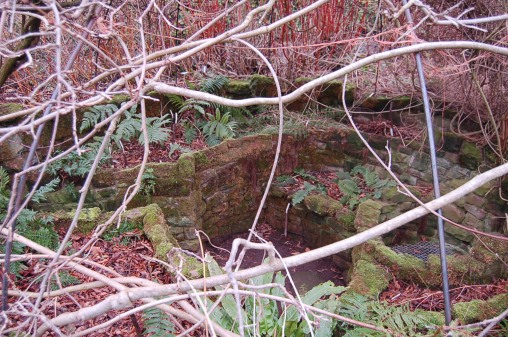 A secret, sunken garden for ferns shaded by a roof of climbers. 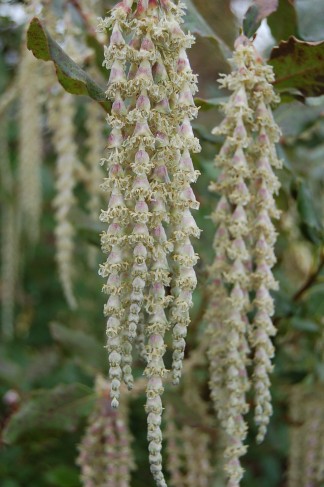 The unusual combination of pale pink and green together in the tassels of Garrya elliptica.

This pink-flowered Hellebore invites you to turn its flowers over for a close look inside.

I am not a fan of Hellebores with double flowers but I was attracted to the colour of this one. 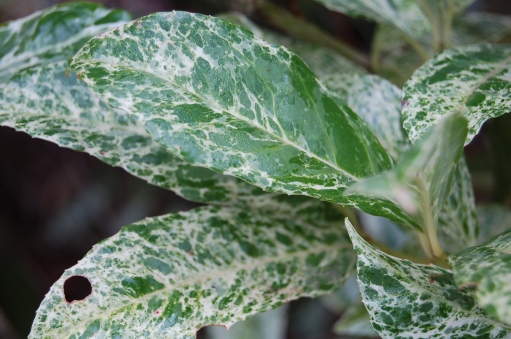 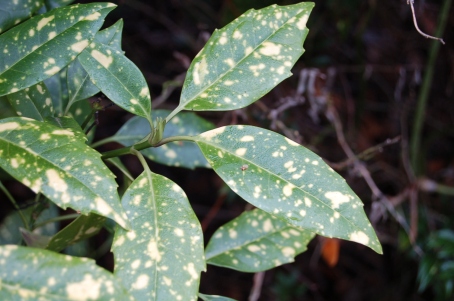 And now to those Witch Hazels! These are not Hazels at all, but related to Parrotias, Fothergillas and of course the Sycopsis we saw in the first Swallow Hayes blog. Their unusually shaped flowers are in every shade of yellow, orange and red and give warming scents in the winter garden. Witch Hazels are well-known for their medicinal properties and are used in aftershave as well as in the treatment of bruises and insect bites. So, beautiful and useful!

The flowers are made up of long, thin strips of petals like curling ribbons or spiders, and appear on bare stems. Several Witch Hazels available to us were bred in Kalmhout in Belgium and the first photo shows one with the unglamorous name of “Kalmhout 999”. Kalmhout is an arboretum in Belgium run by Jelena and Robert de Kelder. Jelena has given her name to my favourite Witch Hazel which you will see in my blog “A Wander around the Garden in February” which I will post in the next few days. Two more of their developments are “Diane”, named after their daughter and “Livia”, named after their granddaughter. 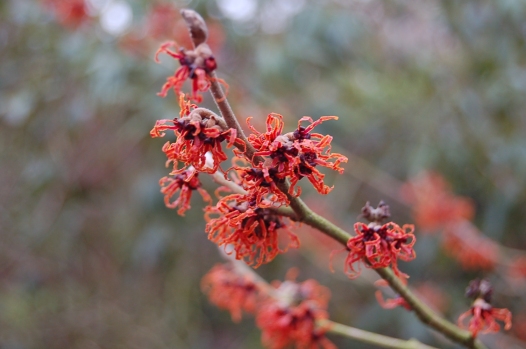 This Witch Hazel matches its colour to its scent, the flowers coloured orange and emitting an aroma of oranges. 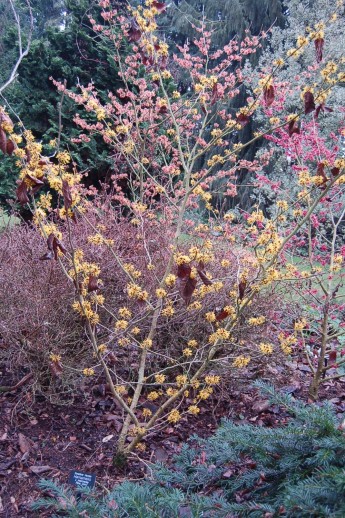 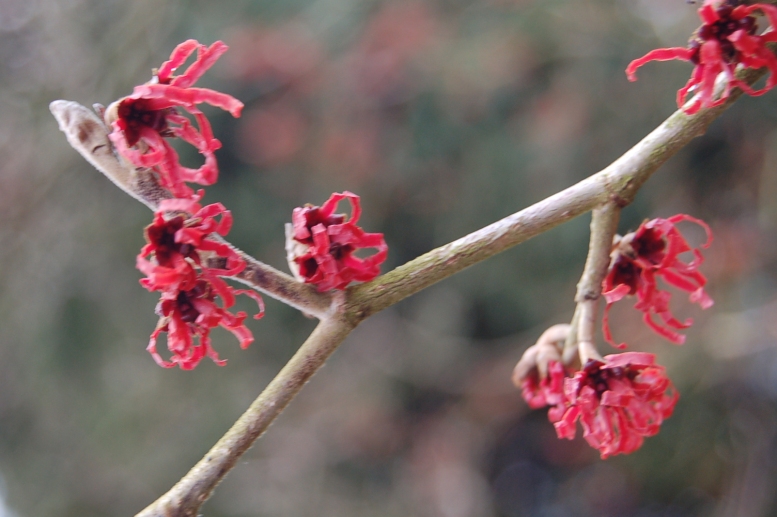 A retired primary school head teacher, I now spend much of my time gardening in our quarter acre plot in rural Shropshire south of Shrewsbury. I share my garden with Jude my wife a newly retired teacher , eight assorted chickens and a plethora of wildlife. Jude does all the heavy work as I have a damaged spine and right leg. We also garden on an allotment nearby. We are interested in all things related to gardens, green issues and wildlife.
View all posts by greenbenchramblings →
This entry was posted in garden photography, gardening, hardy perennials, ornamental trees and shrubs, photography, shrubs, town gardens, winter gardens and tagged foliage, foliage plants, garden photography, gardening, hellebores, ornamental trees, shrubs, trees, winter, winter gardens, With Hazels. Bookmark the permalink.