Fed up with the constant rain yesterday we decided we would defy it once again, get our walking boots and waterproof jackets on and go for a walk. We felt like wandering alongside water but as the nearby River Severn and Rea Brook were both flooded we set off for the Montgomery Canal. A half hour drive took us to Welshpool, just into Wales, and surprisingly as we got nearer the rain gave over and we were treated to a dry walk. Dry overhead but very wet and muddy underfoot. I had new walking boots to settle in and make sure they didn’t look new. This was just perfect conditions to knock the shine off them and make them look a bit more lived in and more loved.

The tiny car park at Buttington Wharf holds a half-dozen or so cars and we were surprised to find three others parked up before us. Other lovers of the great outdoors fed up with the rain? On the banks of the canal just through the trees we spied this sculpture of a jolly looking character – David Jones. He was a lime-kiln owner and coal merchant back in the early 1800’s, and we found signs of the kilns nearby. No wonder he looked jolly – he must have been a rich man.  A symbol based on his working lime kilns was cut out of the metal information board. 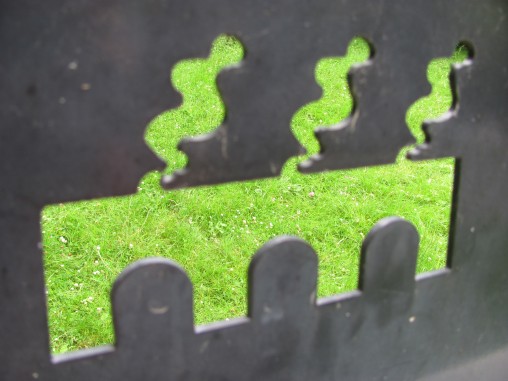 In the surrounding greenery, well-hidden under trees and bushes we found some old brickwork, the remains of the kiln entrances.

After this discovery  we set off along the mud of the towpath under the trees dripping with rain. It looked so inviting. It didn’t disappoint!

The canal side was lined with trees and mature hedgerows, which occasionally opened up to give windows onto the local Welsh countryside. 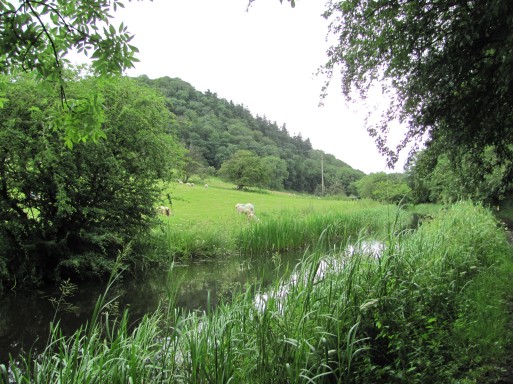 After the rough weather in the morning wildlife was not much in evidence, the skies empty and the trees quiet but this female Mallard fed busily in the far reed-lined margin. But as the day moved on and with the passing of time the weather improved, birds re-appeared and their celebratory song accompanied us for the rest of our waterside wandering. The Mallard created shimmering shapes in the reflections as she busied herself.

The wild flowers decorating the towpath and canal banks were like sparkling jewels glowing in the dull light.

One wild flower shone out like a yellow globe having burst through the surface of the water – one of our native waterlilies. 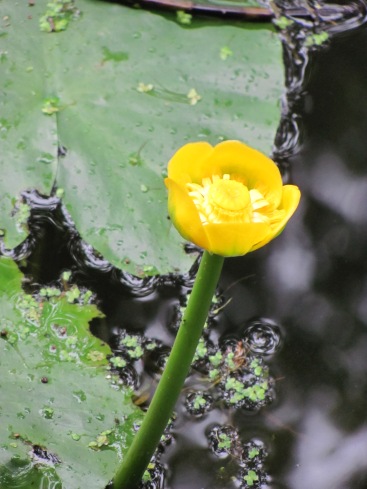 As we walked, on the light changed and the canal surface reflected the bankside vegetation, the boats moored up against its side and the canal structures. 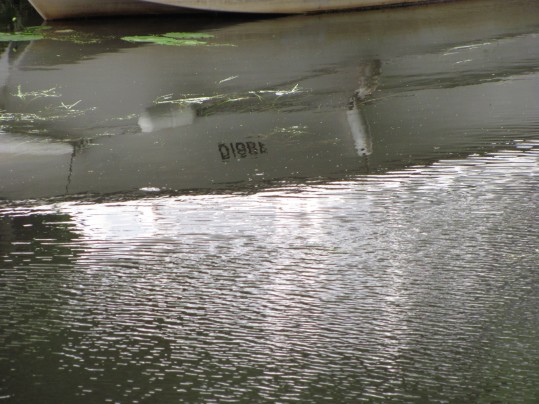 Half way along our outward journey a coffee stop called and we leant on a gate near a swing bridge and rested awhile. 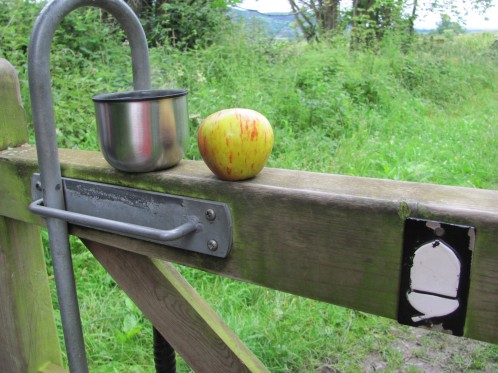 As we ambled onwards the land alongside the canal opened up and through bankside trees we could view farmland. The thin line of trees appeared as silhouetted sinuous shapes, emphasised by their reflections mirrored on the water. My camera and I enjoyed the challenge presented when trying to get a reasonable shot of reflections. 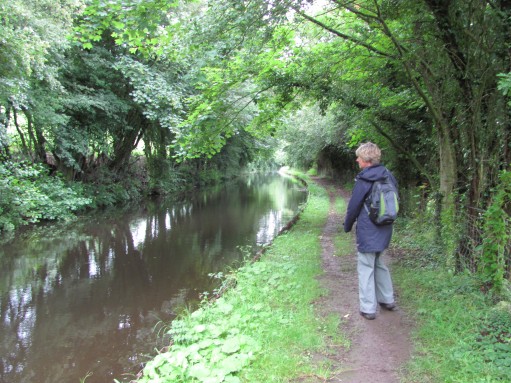 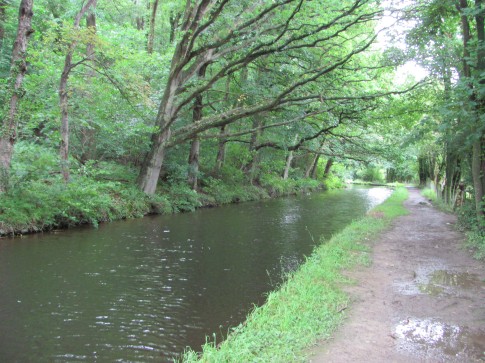 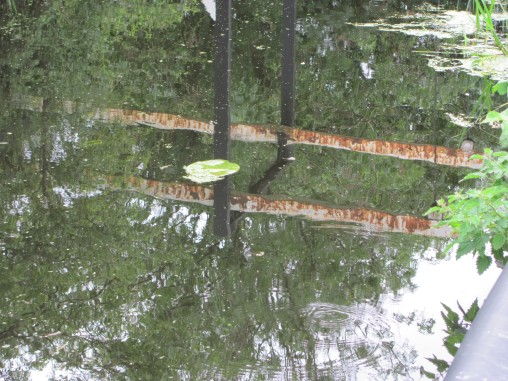 The countryside changed as we continued our ramblings and each opportunity of a broad landscape view, afforded us by breaks in the vegetation was appreciated. 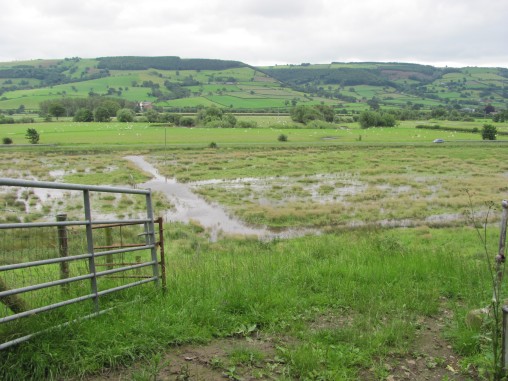 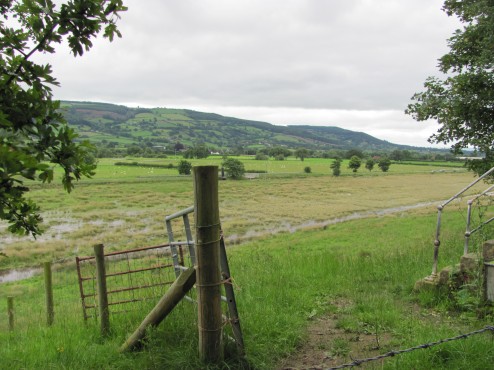 We reached the lock at Pool Quay, the point in our walk where we decided to turn back.

As we enjoyed our exploration of Pool Quay lock and the break from walking the rain returned. The little wooden gate invited us to begin our journey back especially as the tree-lined bank promised shelter.

4 replies on “A Walk along the Montgomery Canal – There and Back. – Part 1 There”