Trees to remember by – The National Memorial Arboretum – Part One

Posted on December 8, 2013 by greenbenchramblings

Wendy, one of our allotment friends, told us all about her visit to the National Memorial Arboretum near Lichfield and she thought we would like to visit too.

I arrived with expectations. I envisioned a collection of trees with large areas given over to formal memorials. These areas I thought would have a cold atmosphere like an empty church and I felt the whole place would possess the deep silence of a “Poppy Day” remembrance ceremony around a village war memorial.

I was so wrong. 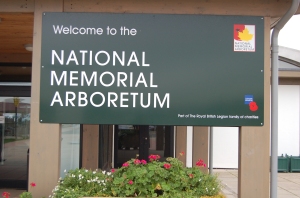 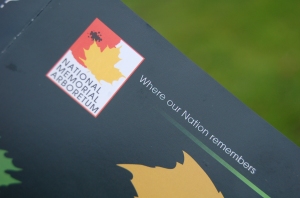 It was an amazing place. But not a place to enjoy as such but a place with an atmosphere that you feel deeply. It was such an emotive and wonderful experience that emotions engulf you. It has a its own special atmosphere, an atmosphere that is hard to describe as the right words are impossible to find.

Close to the chapel near the entrance is a small garden with a beautiful armillary sundial at its centre, while the pillars holding up the covered entrance display a sense of homour in the carvings. 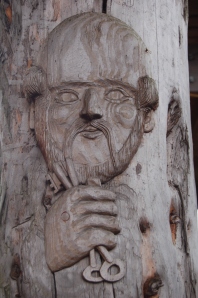 We explored the site following avenues of acers and cherries leading to small wooded areas and copses mostly of native deciduous trees. A simple arrangement of closely trimmed berberis spheres form the Garden of Innocents. 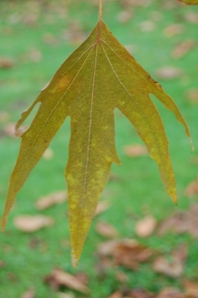 As we wander around please join us, as we appreciate the beauty of the trees and the calm of the spaces. There were signs of the recent Remembrance Day Ceremonies throughout the site, some at the base of memorials others blown into hedges and trees. 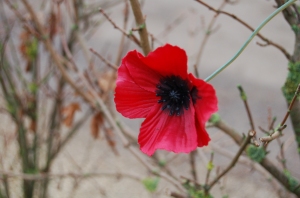 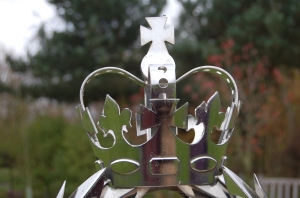 Amongst the memorials dedicated to various sections of the armed forces were other memorials or areas of celebration. The photos below are of a golden garden dedicated to couples who had celebrated their Golden Wedding Anniversaries. Trees had yellow fruit such as varieties of Malus or golden stems such as the Yellow Ash.

The next memorial was for Polish servicemen who had lost their lives fighting alongside British armed forces. 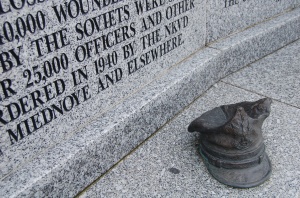 We moved on through woodlands showing autumn colouring interspersed with memorials until we came across a most disturbing area, called “Shot at Dawn”. 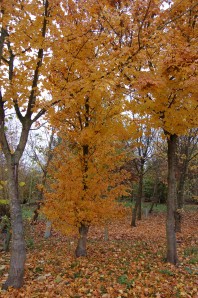 This area was to help us remember the men shot at dawn by their own comrades under orders from commanding officers. We were deeply moved here as the cruelty of man at war and the needless waste of young lives were clearly displayed. How could officers in the First World War believe they had the right to order soldiers to kill their fellow men? The “crime” that these young soldiers were found guilty of was “cowardice” – surely they could be forgiven for fear and for not being willing to kill. The true cowardice here lies with the officers who used their rank and “superiority” to make others kill colleagues. Each post represents a real person and each post holds a small sign. Each post a brother, a son, a father, a best friend ……………..

This was a sad place! 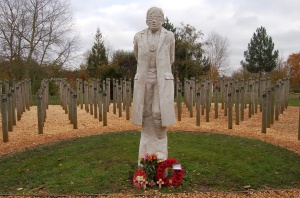 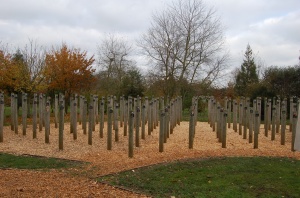 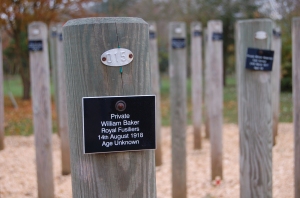 We left in silence and deep anger to find a way marker close by on a pathway crossing through the arboretum which acted as a reminder that we were in the National Forest. 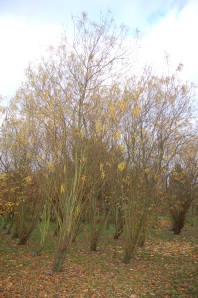 This unusual garden was dedicated to members of the Fairground Entertainers hence the horse from a “Gallopers” fairground ride.

As we turned a corner I stopped in my tracks. We were facing a memorial with the badge I knew so well. As a child I remember seeing it on the front of my father’s army cap. My stomach felt empty and my heart skipped beats. Suddenly it seemed very close to home. 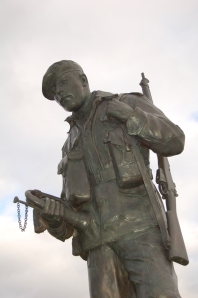 My father survived the war but its effects could be seen hanging over him, the shaking hands, the sudden bouts of anger, changing temperament, the hatred of loud noise and the dislike of time wasting.

Next was the memorial to the paratroopers, a beautiful sculpture displaying strength and bravery. 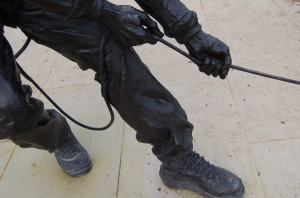 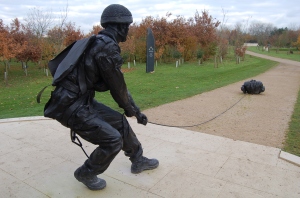 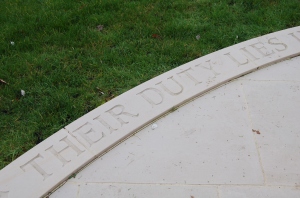 We shall continue our journey around the National Memorial Arboretum in my next post, but please share a few words we wrote as we sat quietly over coffee at lunchtime.

Trees giving hope for a future

A retired primary school head teacher, I now spend much of my time gardening in our quarter acre plot in rural Shropshire south of Shrewsbury. I share my garden with Jude my wife a newly retired teacher , eight assorted chickens and a plethora of wildlife. Jude does all the heavy work as I have a damaged spine and right leg. We also garden on an allotment nearby. We are interested in all things related to gardens, green issues and wildlife.
View all posts by greenbenchramblings →
This entry was posted in arboreta, autumn, autumn colours, gardens open to the public, memorials, ornamental trees and shrubs, shrubs, trees, woodland and tagged arboretum, memorials, ornamental trees, remembrance, shrubs, trees, woodlands. Bookmark the permalink.

My Life In Pictures

My World in Pictures.