So far we have looked at the main show gardens and the work of young designers and school children but in this post I just want to share a miscellany of photos of the things that caught my eye at this year’s show. The RHS had chosen “Carnival” as the theme for this years’s show so bright colours shone everywhere. Even the sky was the brightest blue possible which after getting caught in thunder storms every other time we have visited the show was a real surprise. The colours were crisp and the shadows sharp. 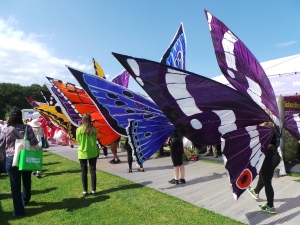 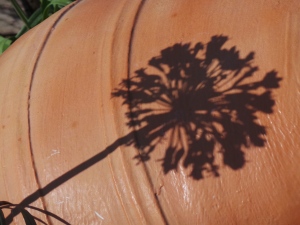 The sky was blue and the sun was bright and hot so we donned our sun hats, which co-ordinated well with our coffee cups. 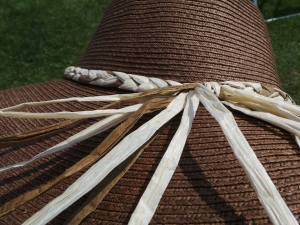 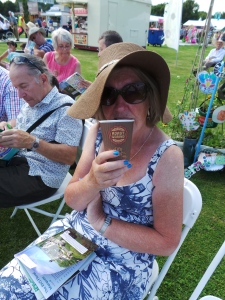 The show was full of colourful characters some real some some imaginary.

This was probably the most colourful show garden of all designed by Janet Leigh for a school with children with specific needs. When it is rebuilt in the school it will be inviting to the children and so stimulating to all their senses. Even the pathways which looked like coloured tarmac was of a special “bounce back safety surface”. The way Janet had used coloured plastic sheet to cast moving coloured “reflections” on every surface was amazing. 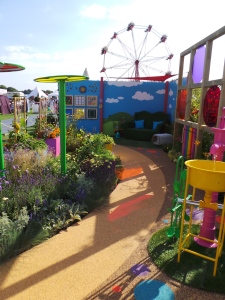 As a total contrast but also full of colour was the little garden created by members of the Cottage Garden Society for their promotional display. 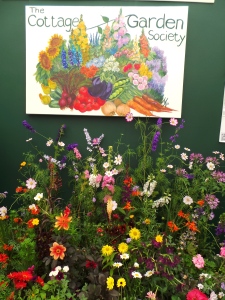 There was colour in the sales areas too, the flowers in pots for sale and these crazy garden slipper clogs – I just had to have pair so bought myself  some covered in red peppers just like those on the far right of the top row.

Show gardens themselves and the nursery trade stands in the Floral Marquee had bright splashes of colour to catch the eye and the camera lens. 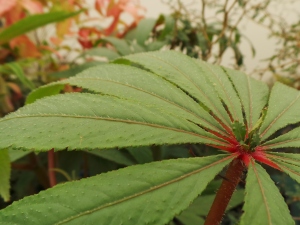 This must be one of the strangest and most colourful things we have ever come across at an RHS show, a ferris wheel where every other seat was occupied by a giant excessively brightly coloured flower arrangement. Probably not the best fairground ride for those with hay fever! 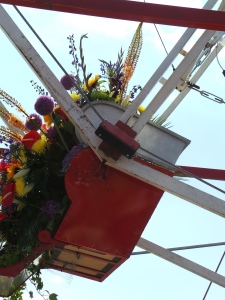 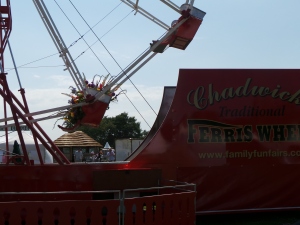 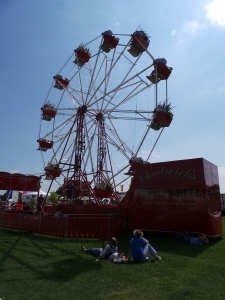 So that is the end of my three posts about the RHS Flower show at Tatton Park, but I thought I would finish with one final photo of a wonderful insect hotel. Being keen wildlife gardeners Jude and I always look out for interesting ideas. This one was a true beauty. 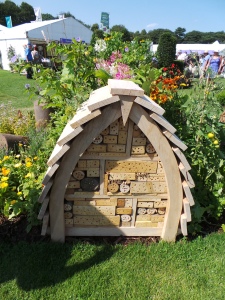