So here we are suitably refreshed with part two of my postings about the village of Saltaire. We are carrying on with our wander after a well-earned coffee stop. The staff were so friendly and so cheerful, which seems typical of everyone we met in the village. People enjoyed a chat and offered a smile!

We left our tour of Saltaire previously in Alexandra Square where we found the almhouses. 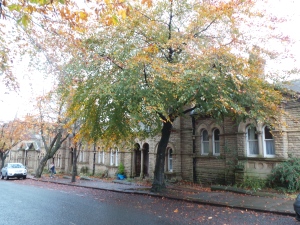 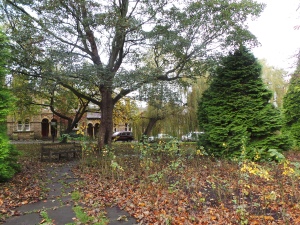 Now we set off in search of the social and community buildings proved by Titus Salt and soon found ourselves studying the impressive building which housed the hospital. Medical care was provided for the Saltaire mill workers way in advance of the idea of the National Health Service. Elsewhere medical care was the province of the rich. 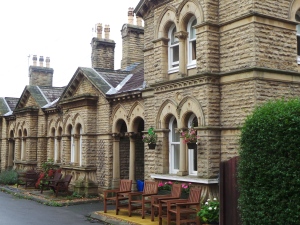 Further up Victoria Road we discovered the institute building which afforded the mill workers opportunities for adult education and socialising. It contained a library, lecture hall, gymnasium and games room, another example of how forward thinking Titus Salt was. On each corner of the wall surrounding the front lawn and entrance to the institute we found 4 lions, one on each corner each with very different expressions. 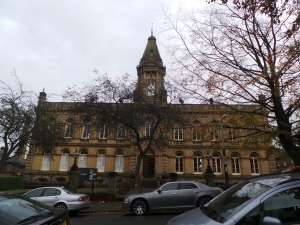 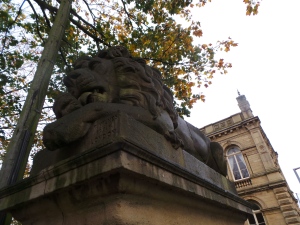 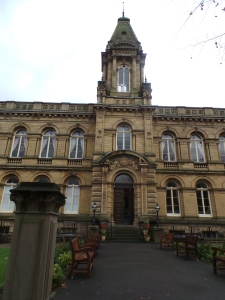 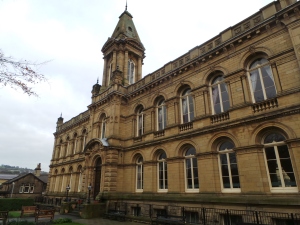 Directly opposite the institute is where the youngsters were educated, the school. It is an impressive building which reflected the importance and emphasis Salt placed on education This was at a time when the mills relied on cheap child labour to boost the work force, but a law was in force to control their working hours.

If you cast your mind back to the end of part one, you will remember that Salt had provided allotments for his workers. The first picture below shows part of this community garden. Close by recently created miniature raised beds perform the same function.

After enjoying these little productive plots we began making our way back to the mill and the canal and the river Aire that run alongside it. We wanted to look around the park on the far side of the canal. On our way we were delighted to see a contemporary tribute to Titus Salt, “Titus Teas”. 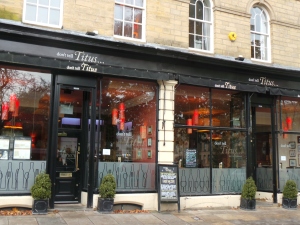 The park is a large open green space away from the mill and the village where Salt’s workers would have had the opportunity to appreciate the space and the freedom to wander. The contrast to work must have been so powerful! Every opportunity to add colour has been taken here, even on the metalwork of the seats and bandstand. 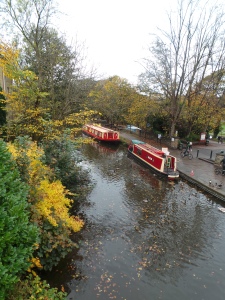 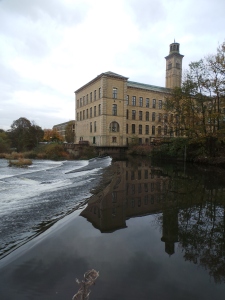 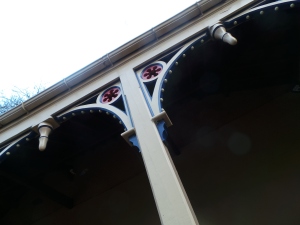 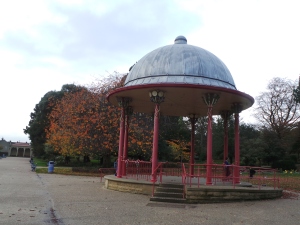 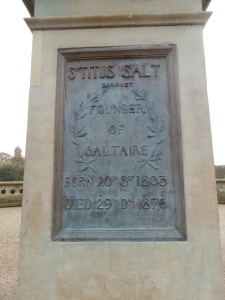 The cricket pitch with its pavilion must have been a real luxury. This is still used today and has been modernised through the addition of an electronic score-board. It was so good to see the thoughts and works of Titus salt still having a meaning in today’s world. The park he created was busy with families and groups of youngsters enjoying the freedom it gives.

Salt was years ahead of his time. His philanthropy pre-empted the things we take for granted today, those things that make our lives more pleasant, such as the health service and pensions. It was a privilege to walk through his model village, to see what he achieved and imagine what it meant to his workers. 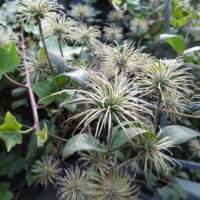