Thought this might be of interest to those gardeners who like us love their grasses. Herbaceous ornamental grasses fall basically into two categories, the first are totally herbaceous and to prune these we simply cut them down close to the ground in early spring being careful not to cut out any extra early fresh growth. The other group the evergreens are more difficult to deal with. They do need some tidying up in early spring in order to remove dead stalks. Books and magazines simply instruct us to comb through the plant with gloved hands but we never feel totally happy with this so we decided to find an alternative.

We thought a rake of some sort would be the answer. We tried normal garden rakes and lawn rakes but they were not really satisfactory. We scoured the internet to find something better and found two possibilities, both small rakes. The one on the right of the photo was sold as a “shrub rake” and the left one as a “moss rake”.

So Jude the Undergardener tried them both on our most difficult grass to keep tidy, Stipa gigantia. This grass tends to drape over its fellow border plants so needs a good tidy up.

So in the end the moss rake won hands down. The photo below shows really well how it out performed its rival. So we have found the answer to our problem. The moss rake worked really well but sadly the shrub rake was a bit of a wash out but it will prove useful in the autumn when we need to clear fallen leaves from the borders. 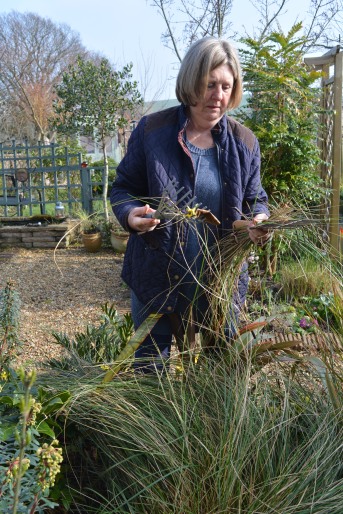 One reply on “Rakes Progress”

A gardener can never have too many tools – if they are the right ones. I don’t have any grasses that need combing, but I do spend some time cutting back. 🙂 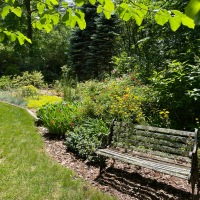 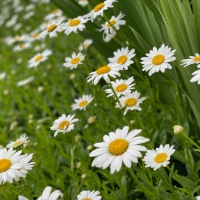