It is mid-February and time for our second visit to Attingham Park, our nearest National Trust property. We awoke on the day of our planned visit to a dark overcast sky and light rain hanging in the air, but we set off nonetheless, determined that the weather would not spoil our plans. We started with a quick coffee break but the rain had not improved when we set off on the actual walk to the walled garden and onwards along “The Mile Walk”.

We were on the look out for signs of fresh growth and early signs of wildlife activity. We were not expecting to find much change in the walled garden. Leaf buds were opening on several trees and shrubs, the first signs of fresh growth, as well as a few very early flowers on shrubs.

As we left the coffee shop in the courtyard we made our way towards the walled garden following the soft bark path beneath extremely tall trees, where odd leaves brown from autumn were still caught in their lower branches. Up above in the uppermost branches Jackdaws were busy tidying up their nests from last year and noisily chattering away as they did so. 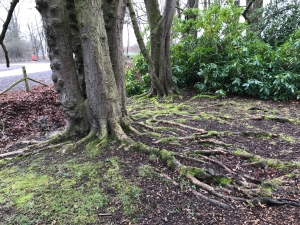 Snowdrops carpeted the floor beneath tall trees looking at their brightest in the shade of hollies which are a feature of the woodland garden here. After enjoying the snowdrops and the variety of hollies we soon found ourselves in the protection of the Walled Garden. 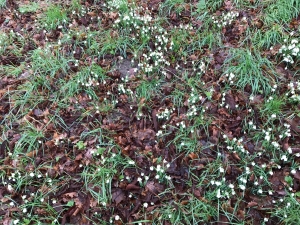 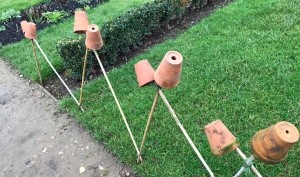 The volunteer gardeners had been working hard skillfully pruning the fruit and we really enjoyed appreciating their skills. A neat layer of compost provided a warm protective mulch and gave an extra level of neatness. 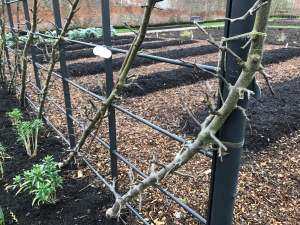 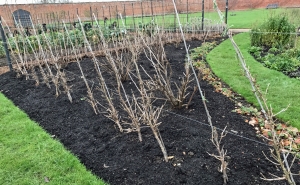 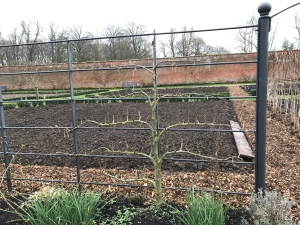 In the very centre of the four segments of the walled garden a dipping well is conveniently placed. Alongside waits an old wheeled water bucket cart beautifully crafted in iron and galvanised metal. Today it is more decorative then functional. 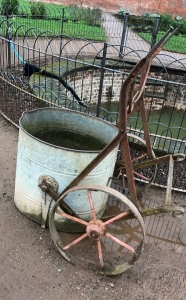 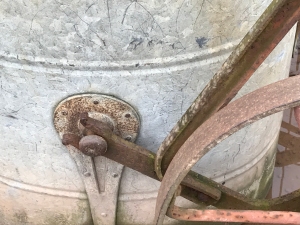 New life was showing in the herbaceous borders running along both sides of the main centre path.

As we moved into the glasshouse yard bright blue splashes of colour showed strongly in the borders and in pots, diminutive Iris reticulata. 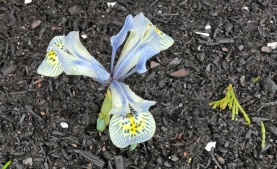 We never fail to be impressed by the workmanship evident wherever old glasshouses have been restored to their former glory. 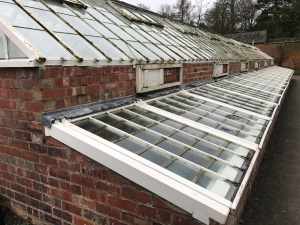 We exited the walled garden via the doorway leading to the orchard, which also gave us access to the lean-to buildings outside the walls themselves. We explored each building and recess to discover old clay pots, the old boiler and an apple store. 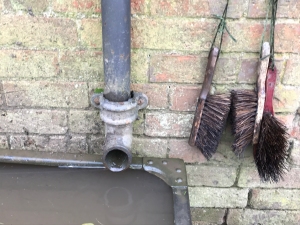 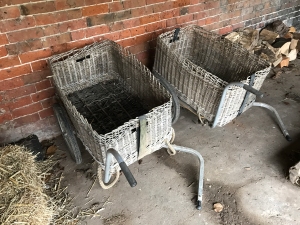 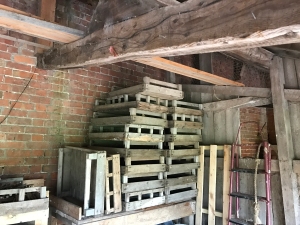 So leaving the warmer atmosphere found within the walled garden, we returned to the path that would take us to The Mile Walk. That will be the subject of my Attingham Park February walk part two.

That walled garden really does give me something to aspire to!

Nice to see new growth peeking out and the carts are handsome pieces of art. 🙂 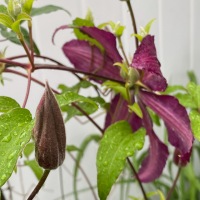 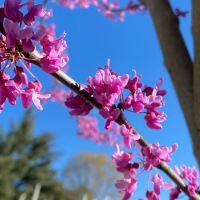