A short walk along an Anglesey Hedgerow

Posted on April 24, 2020 by greenbenchramblings

About 18 months ago we spent a family holiday on the isle of Anglesey, spending some of our time seeking out ancient sites.

We walked along a young native hedge, planted by Cadwy in the last few years, along a gravel path that led us towards the wonderful prehistoric burial mound, Bryn Celli Ddu.

Some shrub species were flowering well but we were also fascinated by the number of wildflowers already established and growing happily in the new hedge’s shade.

The main hedging species was Hawthorn which was interspersed with Gorse and Elder punctuated by taller trees such as Damsons, Sycamores and Field Maples. even the odd Oak sapling was trying its luck beneath the hedge. 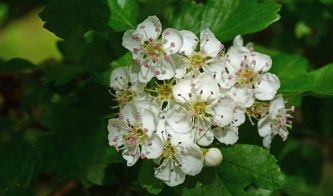 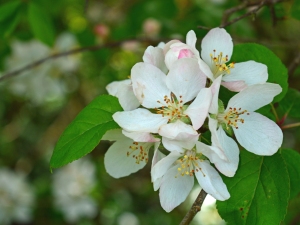 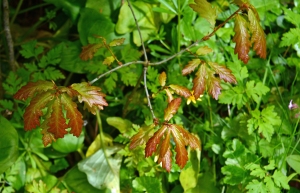 Flowering perennials and even a bulb species have colonised the shaded area beneath the leaf canopy of the hedge and the accompanying trees. We spotted Herb Robert, Celandine, Bluebell, Daisy, Vetch, Primrose, Lady’s Smock, Germander Speedwell and Dandelion. 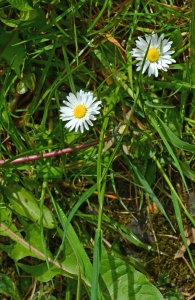 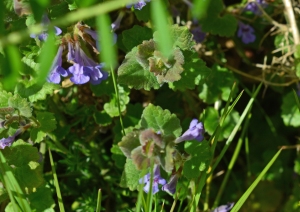 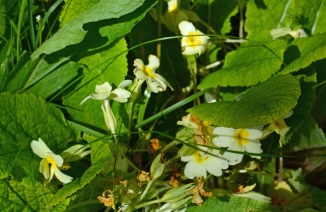 Even in shady places plants found it to their liking. Ferns enjoyed the shade at the very centre of the hedge and ivy clambered over he stone built wall where the hedge ends. Insects and invertebrates move in as the number of plant species increase and that leads to predators including other insects, birds and mammals. 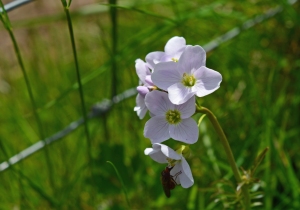 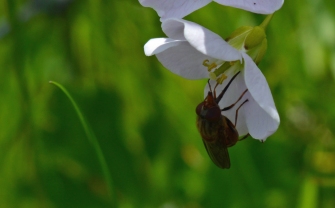 The delights of Dandelion and its “blowing clock” were experienced by our granddaughter Arabella after Jude shared its magic. 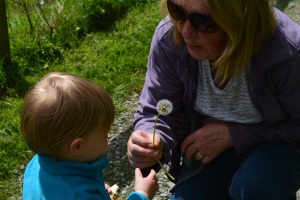 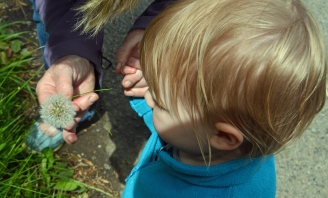 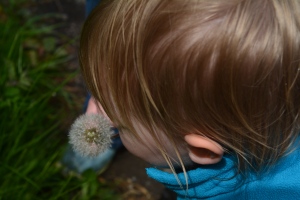 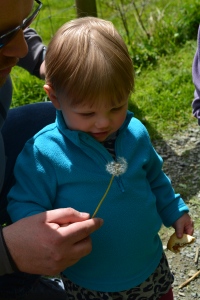 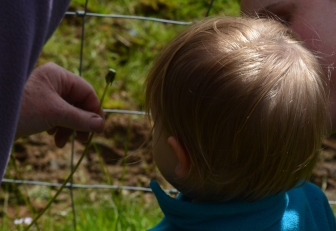 A retired primary school head teacher, I now spend much of my time gardening in our quarter acre plot in rural Shropshire south of Shrewsbury. I share my garden with Jude my wife a newly retired teacher , eight assorted chickens and a plethora of wildlife. Jude does all the heavy work as I have a damaged spine and right leg. We also garden on an allotment nearby. We are interested in all things related to gardens, green issues and wildlife.
View all posts by greenbenchramblings →
This entry was posted in countryside, hedgerows, pathways, trees, Wales, wildlife and tagged Anglesey, footpaths, hedgerows, hedges, trees and shrubs, wild flowers. Bookmark the permalink.
This Veggie Life