We grow lots of grasses in our garden as they provide all year interest as well as being great for wildlife. Birds eat the seeds in the autumn and winter and seek out insects within them in spring, summer and autumn. The bases of grasses are grand places for insects, invertebrates and moth pupae to overwinter. Thus we don’t cut our grasses down until late February and early March. If any collapse in the wind we cut them down and bundle them up as wildlife shelters.

We grow them because they pick up the slightest wind and move gracefully, they catch the light to adding extra interest. They vary so much in structure, colour, texture and shape.

At this time of the year we enjoy the deciduous and evergreen varieties equally. We grow lots of different varieties so have much to enjoy every cold winter’s day.

In his talks Dan Pearson, who uses grasses fully in his designs, describes grasses as having a diaphanous quality and talks of how they, “…..hold the light and communicate the movement of air, or the lack of it.”

Here is a selection of photos taken in December of some of the grasses growing in our garden for you to enjoy.

The one evergreen grass we grow most of is the Carex family. They feature so many shades of green, some sport variegations but they all enjoy any aspect. They are particularly suited to shade or semi-shade equally well which makes them very flexible.

We often use carex to edge paths and borders too, where they give us interesting neat low ‘hedges’ of many textures and colours. 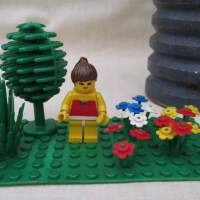